A thorough refresher on common algorithms to take before your next coding interview.

Excellent preparation for a coding interview.

In this course you'll learn some fundamental programming algorithms. Variations of these approaches appear throughout coding, being used again and again to solve problems. And if you're going into a coding interview, you'll find it useful to be fresh with these; don't be surprised if you're asked directly about one of them.

This class covers these topics:

As a bonus we'll look at an Anagram Checker, as it's a difficult problem with Unicode, and has been a mainstay of many coding challenges.

For each of the algorithms I'll show you:

This class is suitable for all levels of programmers. If you're starting out it's a good introduction. If you're a seasoned veteran it's a good reminder of some forgotten details. 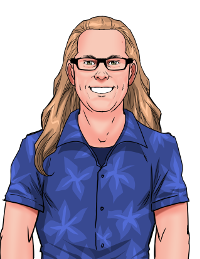 Edaqa is an avid teacher with many years of experience in programming and animation. Join the thousands of people who have already benefited from his writing, live streams, and videos.